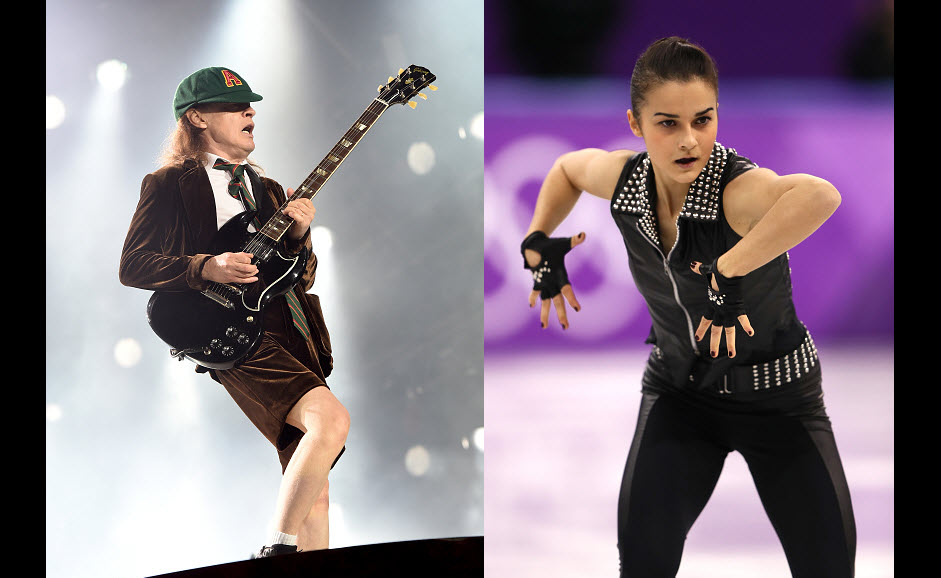 The Twitterverse has come unglued after Hungarian ice skater Ivett Toth performed a routine to an AC/DC medley at the 2018 Winter Olympics. Not only did she rock her routine, but Toth skated in a leather outfit covered in metal studs. She even had an Angus Young back patch on her costume!

Rock and metal has been pretty well represented at the winter games, as French figure skating duo Vanessa James and Morgan Cipres hit the ice to Disturbed’s cover of Simon & Garfunkel’s “The Sound of Silence.” The pair placed fifth, not taking home any medals, but Disturbed’s cover has gone double platinum, so who’s the real winner here?

As much as we respect the French team, they currently place second on our scorecards thanks to Toth’s AC/DC routine. She started off skating to “Back in Black,” while an NBC announcer remarked, “I think there’s some AC/DC fans in South Korea.”

After a short collection of impressive tricks, “Thunderstruck” hit the speakers. She even flashed the horns near the end! Unfortunately, the ice princess only got a 53.22. While it was her personal best score of the season, it wasn’t enough to put Toth in medal contention.

We may not be experts when it comes to figure skating, but we think Toth was magnificent. Pro-shot Olympics footage of her full run is currently harder to find than Bigfoot, so for now, see above to watch Toth perform to the same AC/DC medley at a competition earlier in 2018.

A short clip of her Olympics run can be seen below.