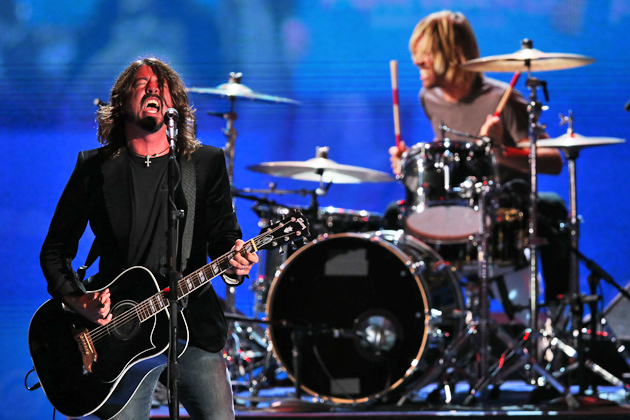 Foo Fighters are “getting started” on their next album, Taylor Hawkins confirms, but the drummer isn’t spilling many details about the project.

“We’re getting our ideas together,” he tells Billboard. “Dave [Grohl] has his brain working overtime, like usual, and he’s got a lot of great ideas, both musically and conceptually — none that I can speak of at this moment, but it’s gonna be great. It’s gonna be cool.”

Grohl recently revealed that the follow-up to 2011′s best-selling ‘Wasting Light’ — which was recorded to tape, throwback style — will have an equally unorthodox treatment. “[I've got] a crazy idea of what I want to do with the next record and how we record it,” he told Billboard in March. “It’s not conventional. It won’t be a conventional record.”

‘Wasting Light’ was recorded in Grohl’s garage, using equipment so outdated that producer Butch Vig was forced to master long-forgotten techniques anew. It debuted at No. 1 in the U.S. and several other countries, and was also a critical darling, earning five Grammy Awards, including one for Best Rock Album.

While Hawkins admits the Foos feel pressure to continue their string of successes, he acknowledges that the stress can yield positive results: “You should always be a little scared… Every time you start a record, you have to be, like, ready to f—in’ kill yourself or it’s not gonna be any good.”