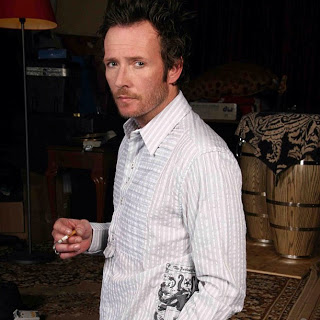 People reports Weiland wed photographer Jamie Wachtel, who he first met in 2011 while filming music videos for his Christmas album, “The Most Wonderful Time Of The Year.”

"We had the most beautiful, heartfelt ceremony," Wachtel told People. "We all cried and laughed. Scott and I are over the moon!"

The intimate ceremony for the couple, who announced their engagement last November, was reportedly attended by their closest family and friends.

Weiland was fired by Stone Temple Pilots in February, leading to a series of public statements and lawsuits by both parties.

The singer’s former band have teamed up with Linkin Park singer Chester Bennington, while Weiland is working on a new solo project.