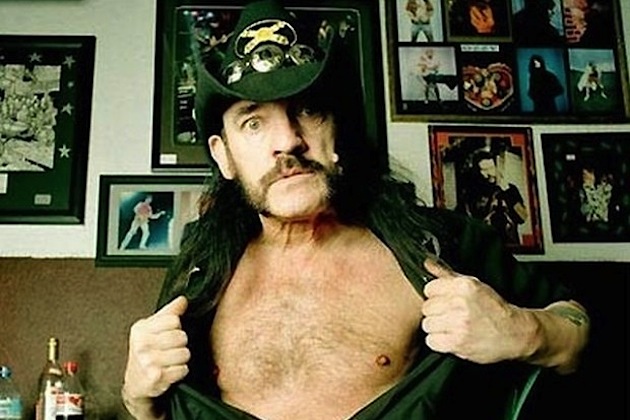 Legendary Motorhead frontman Lemmy Kilmister may seem like an immortal figure, namely God, but the musician recently went through an operation for serious heart issues. We hate to burst your bubble, but Lemmy is simply a man — a man who now has a defibrillator embedded into his chest.

No, we’re not talking about a pacemaker here, we’re talking full-on “Clear!” chest zappers. Obviously no chest, no matter how manly, can properly house the type of defibrillator commonly found in hospitals and ambulances. What Lemmy has been fitted with is called an implantable cardioverter-defibrillator (ICD). Only a few inches in length, an ICD can be implanted into individuals who are at risk of sudden cardiac death.

Classic Rock Magazine reports that Lemmy was fitted with an ICD shortly after the Motorhead frontman was found to have an irregular heartbeat. Lemmy himself, coy as usual, has only described whatever condition he may have as “heart problems,” but an ICD is no joke. If an ICD detects cardiac arrhythmia, the device automatically delivers a jolt of electricity to its host to correct one’s heartbeat. We assume that if Lemmy was to ever receive an ICD shock, the rock legend would react instinctively to steady his whisky in order to prevent any spillage.

Fittingly, Motorhead’s next full-length album will be called ‘Aftershock.’ The record is reportedly expected to see a September release, but stay tuned for full details on the album as news breaks.