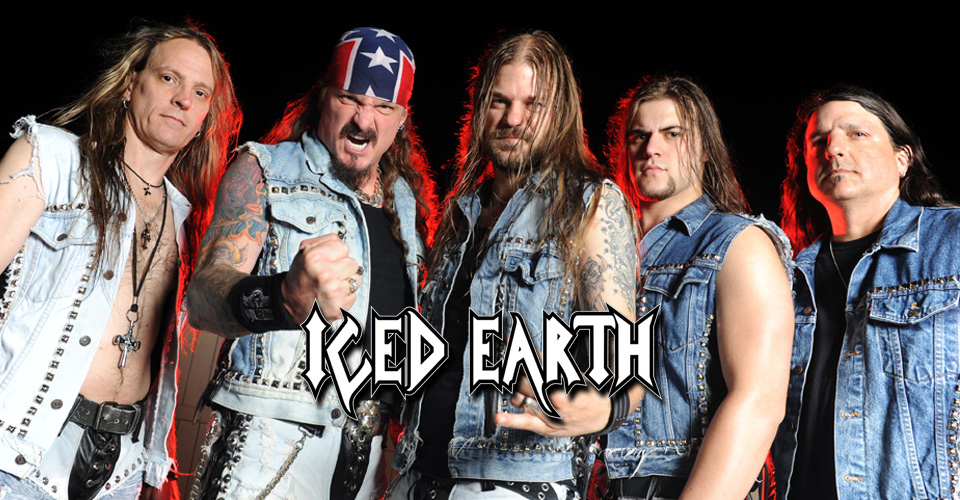 Fan-filmed video footage of ICED EARTH's June 21 performance at the Dokk'em Open Air 2013 festival in Dokkum, The Netherlands can be seen below.

ICED EARTH recently parted ways with drummer Brent Smedley for "personal family reasons." He has since been replaced by Raphael Saini (CHAOSWAVE).

ICED EARTH has set "Plagues Of Babylon" as the title of its new album, tentatively due in October via Century Media Records. The CD will be recorded and mixed in between a string of European festival appearances this summer.

Songtitles set to appear on the CD (among others):

* Among The Living Dead

* If I Could See You

ICED EARTH has been hitting it relentlessly, with the recent studio album, "Dystopia", being the most toured album in the band's illustrious history.

One of the many highlights of the "World Dystopia Tour", a headline show at the historic Kourion Amphitheatre in Cyprus, was recently released on Blu-ray, DVD and in many other formats under the title "Live In Ancient Kourion".

"Dystopia" was released in October 2011 via Century Media Records. The CD marked the band's recording debut with singer Stu Block (INTO ETERNITY), who joined ICED EARTH in March 2011 following the departure of Matt Barlow.

Check out the footage: