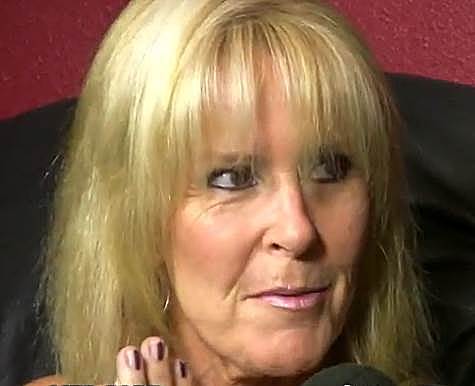 Ford has recruited Bobby Rock (VINNIE VINCENT INVASION, NELSON) to sit behind the kit for her shows in Australia, Europe and the U.S., as well as the recent Monsters Of Rock cruise in the Bahamas.

Ford's touring drummer for much of 2012 was Scot Coogan, who has previously played with BRIDES OF DESTRUCTION, ACE FREHLEY and LYNCH MOB.

Lita last year filmed a video for the song "Mother" in Joshua Tree, California. Directing the clip was Ford's former THE RUNAWAYS bandmate Victory Tischler-Blue, whose film "Edgeplay" was based on her tenure in the 1970s all-girl teenage rock act.

"Mother" is dedicated to Lita's estranged sons, Rocco and James (father is former NITRO singer Jim Gillette). "I wrote this song for [my sons]," Lita recently told the Deciblog. "I wrote this song to tell them how much I love them and to tell them that I didn't mean for this to happen [for Lita to be forced to live apart from her kids following her divorce from Gillette. — Ed.] and that it's not my fault. I didn't do this to them, although they think I did. I miss them, I love them. They're my life."

"It was hard to write," she told Examiner.com. "It was hard to record. It's hard to listen to. I find myself skipping over it sometimes, depending on how much makeup I have on that day. If I'm all made up, I'm like, 'Oh, can't cry right now!' I've done interviews where big, grown men tell me they've come away from it in tears. That's huge. That's what I wanted — for people to feel my pain. But it is a great song."

"Living Like A Runaway" was released on June 19, 2012 in North America. The effort was made available in four configurations: a double LP, limited-edition CD, standard CD and digital download. The artwork for the album was created by famed rock photographer Mark Weiss.