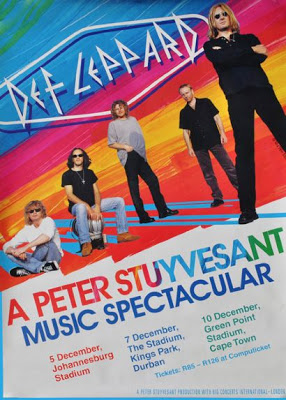 Some rare 1996 concert footage featuring Def Leppard's first tour of South Africa has surfaced. The UK rockers were captured live on the Slang tour for a TV special when they performed at Johannesburg Stadium in front of 40,000 people on December 5th, 1996.

The Slang tour saw the band play 133 concerts between May 1996 and April 1997. It was the first Def Leppard tour since the early 1980s where the band used an end stage rather than the centre stage.

Check out the footage here: