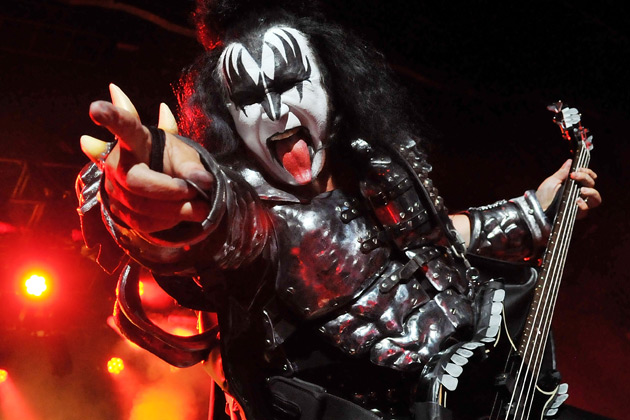 Kiss are getting to be the elder statesmen of shock rock, currently celebrating 40 years since their formation and still going strong. In a new interview Gene Simmons says he’s not ready to hang up his face paint and dragon boots just yet, revealing that he thinks the band could possibly last another decade.

The band were in Stockholm, Sweden on Saturday (June 1) to kick off their European tour, and Simmons spoke to Expressen TV about what keeps the group going after so many years. “Part of it is pride,” he reflected (quote via Blabbermouth). “If you love what you do, and you appreciate that the fans are there — part of it is pride, part of it is talent, part of it is hard work.”

Inevitably, the subject turned to whether he can see the end of Kiss on the horizon. “Not today. We’re having a great time,” the bassist replied. “But one day it will end, and I hope on the day that we end, we end on a high note instead of going down. You don’t wanna stay one day longer than when it’s great; you wanna be great ’til the end.”

The 63-year-old Simmons added, “We probably have another 5 to 10 years at the most.”

The Stockholm show marked the debut of an impressive new stage set that features a giant, fireball-shooting spider. Kiss will return to the US for a handful of shows this summer.