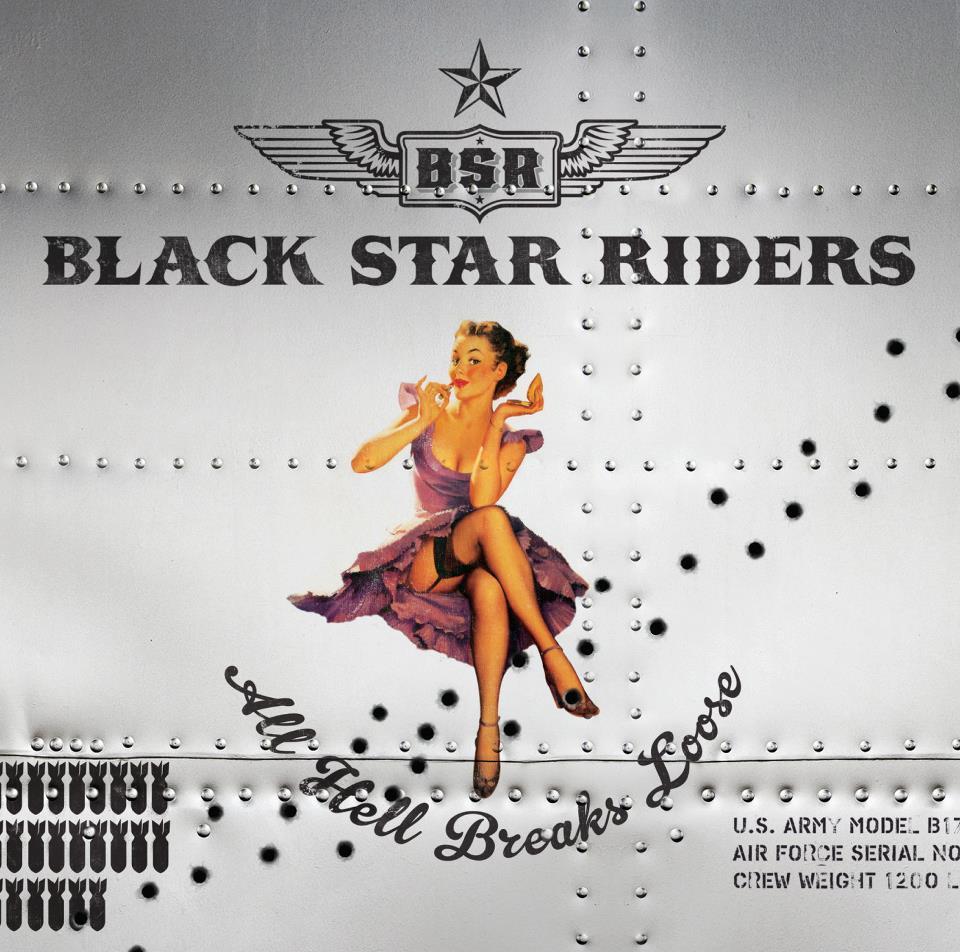 The boys are back in town, but not as we know them. Original Thin Lizzy guitarist Scott Gorham is back with the touring band under a new name – Black Star Riders. And along with the new name, which comes from an outlaw gang in the 1993 film Tombstone, comes a brand new album - All Hell Breaks Loose.

This much anticipated album kicks off with the title track, showing from the get-go that Black Star Riders are their own band with their own sound, yet still doing justice to the great Phil Lynott and the original Thin Lizzy. Bound For Glory follows and takes you on a journey back to the good ol’ days of 80s rock.

Kingdom Of The Lost is a standout track, showcasing Warwick’s Celtic heritage – the only Irishman in the band. The trademark guitar harmonies are pronounced on this Irish folk song.

While Lynott’s influence on Warwick’s vocals is evident and musically Black Star Riders draw on Thin Lizzy profoundly, it is done with respect and nostalgia, and pays wonderful tribute to the great man and great band without ending up as a sad shadow of the original Thin Lizzy.

Black Star Riders' debut album is exactly what you would expect from such an experienced group of seasoned musicians. It's pure old school rock, likely to draw parallels to Thin Lizzy, however this rock outfit can hold their own and All Hell Breaks Loose delivers its own identity and deserves to stand on its own.