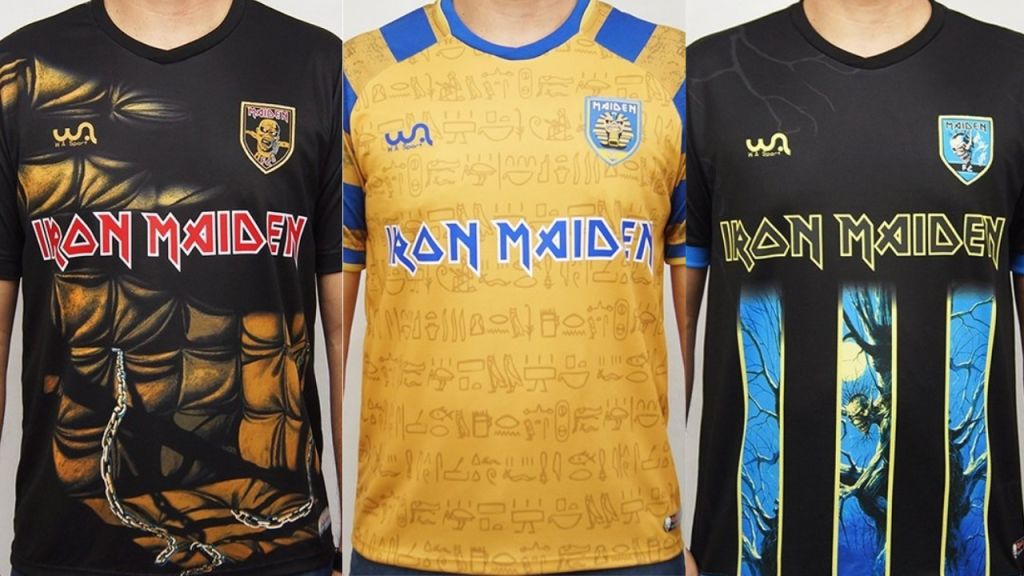 The Die With Your Boots On partnership saw the band’s logo displayed on the front of the English Premier League outfit’s claret and sky blue shirt, with the shorts featuring the club crest and ‘IMFC’ branded on the on the opposite side.

Now Iron Maiden have teamed up with Brazilian brand WA Sport for three football shirt designs, based around the covers of Piece Of Mind, Powerslave and Fear Of The Dark.

The shirt badges are also inspired by the artwork and are branded with “Maiden FC”.

Sadly, the officially licensed shirts only seem to be available for the Brazilian market, but let’s hope they make their way world-wide at some point in the future.