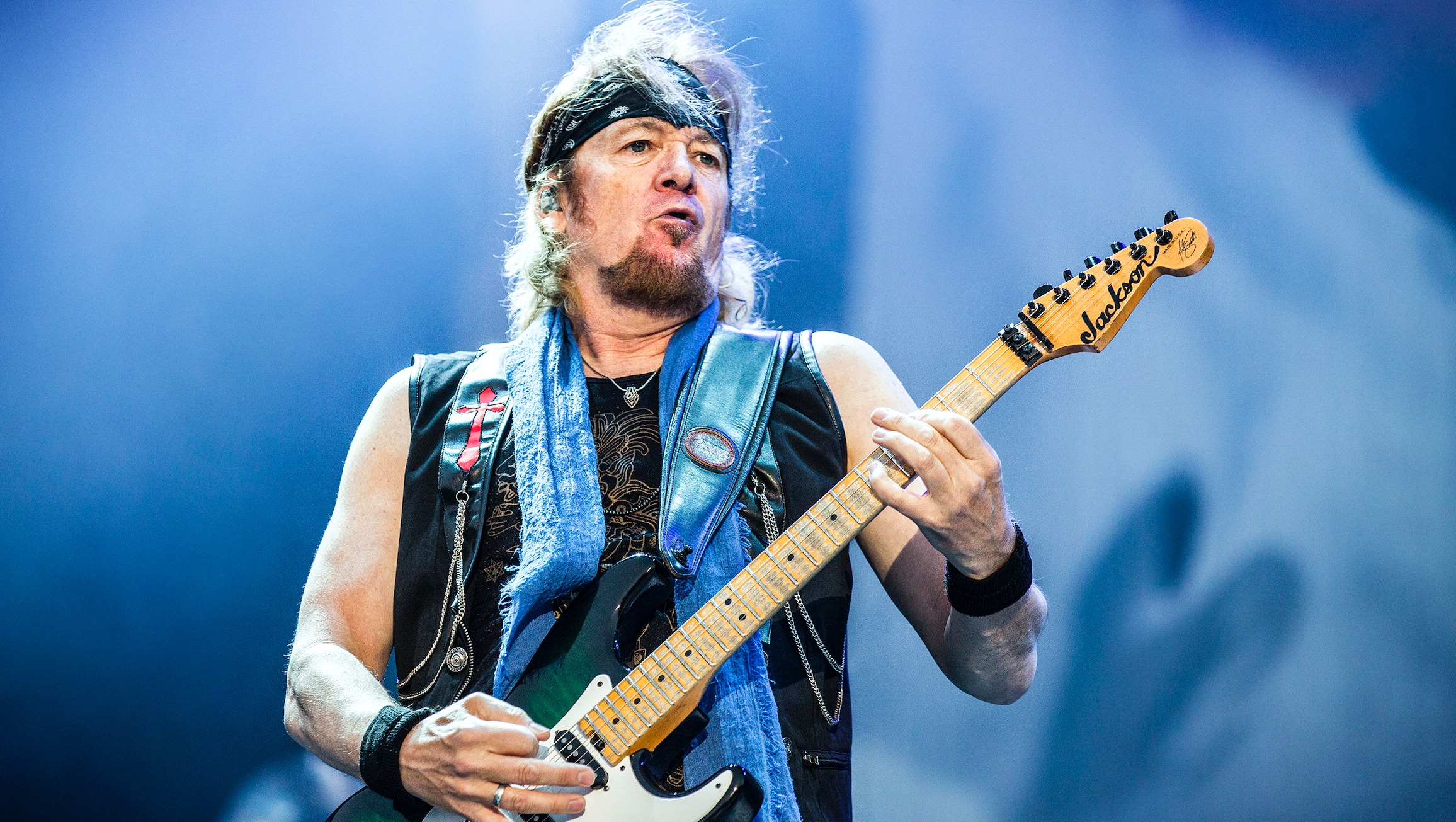 IRON MAIDEN has uploaded a six-minute video in which guitarist Adrian Smith and the band's "Killer Krew" reveal how they have been making the most of their coronavirus downtime.

IRON MAIDEN's longtime manager Rod Smallwood recently urged everyone to listen to the experts when it comes to deciding how to respond to the coronavirus crisis.

The British heavy metal legends have been forced to postpone or cancel a number of shows this spring and summer as a result of the coronavirus pandemic that is sweeping the globe.

IRON MAIDEN is rumored to have completed work on a new studio album, to be released later this year. The group hasn't issued any fresh music since 2015's "The Book Of Souls" LP, which was recorded in late 2014 in Paris, France with longtime producer Kevin "Caveman" Shirley.

If the reports of a new MAIDEN album are true, it will mark the band's 17th studio effort and the sixth to be produced by Shirley, who has worked with MAIDEN for the past two decades.

"The Book Of Souls" was the longest MAIDEN album, clocking in at 92 minutes, with lyrics heavily based in the themes of death, reincarnation, the soul and mortality.

Check out the video here:

Reply lutlesops
12:21 AM on December 17, 2020
Cialis Und Sodbrennen bloorm tadalafil cialis from india pawiva What Are The Reactions To Amoxicillin