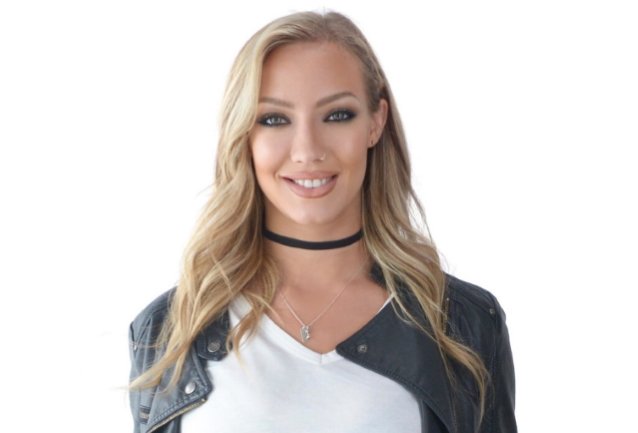 Nita Strauss, the Los Angeles-based guitar shredder for the ALICE COOPER band, spoke to Heavy New York about the progress of the songwriting nad recording sessions for her second solo album. Strauss's upcoming disc, which is tentatively due in late 2020, will be the follow-up to her first solo LP, "Controlled Chaos", released in 2018 via Sumerian Records.

Asked if her next album will be "completely different" to "Controlled Chaos", Nita said (hear audio below): "I wouldn't say it's gonna be vastly different. It's still gonna be an instrumental shred record. I put a lot of different facets of my personality — of which there are many — on 'Controlled Chaos', so you'll see the more aggressive side still, you'll see the lighter side and the happier side, the more peaceful side… I just finished one of the ballads for this record last week, and I'm immensely proud of how it came out. So there will definitely be a wide spectrum of different emotions going on. And the biggest change, I guess, would be I am gonna have a guest singer or two on a couple of songs on this one. So that would be the main difference between the two records."

Pressed about whether writing music for a singer is a "completely separate" process for her compared to crafting all-instrumental songs, Nita said: "I wouldn't say it's completely separate for me, because I try to write a lot of my instrumental stuff as if it could be written for a singer — it still has a verse, a pre-chorus and a chorus; it still has to have a melody sit on top of it — so I find the process pretty similar. But when writing for a singer, I think you definitely wanna be accommodating of who you're writing for — you wanna think about the key, what's most comfortable for their vocal range, what might suit that singer's tone the best, like, are they a power singer, are they a growler, a screamer — whatever kind of fits that singer's personality and bring the best out of them as well."

Strauss has been playing with Alice Cooper since 2014 when she replaced Australian musician and former Michael Jackson player Orianthi. She joined Alice in time for a mammoth MÖTLEY CRÜE tour. She was recommended to Cooper by the legendary rocker's former bass player and WINGER frontman Kip Winger.

You can check out the interview here: