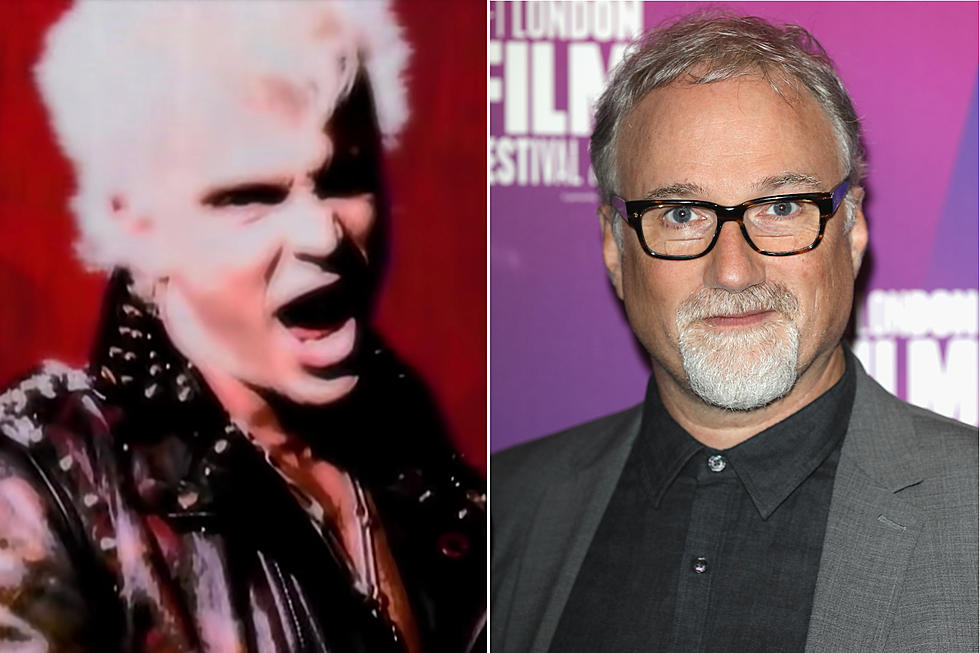 In spring of 1990, Billy Idol was supposed to be preparing for the release of his Charmed Life album. Instead, the rocker was relearning how to walk.

On Feb. 6, 1990, Idol was riding his motorcycle through Hollywood around 8:30 in the morning when he ran a stop sign and collided with a car. The singer was rushed to a local hospital where he underwent seven hours of surgery to repair a fractured forearm and broken right leg.

While Idol was fortunate that the injuries weren't worse, his recovery created unexpected problems. First, the rocker’s burgeoning acting career would be stunted - the accident reportedly cost him major roles in both The Doors and Terminator 2: Judgement Day (he did accept a smaller part in the former). Second, the singer’s plans for his next single would need to be altered.

Idol was still on the long road to recovery around the time his song “Cradle of Love” was set for release in May. Naturally, the record label wanted a music video to help promote the track. “I was out of the hospital, but I was unable to walk without crutches,” Idol recalled in his 2014 autobiography Dancing With Myself. “How the hell could I perform in a video?”

As luck would have it, David Fincher had already reached out to the musician’s manager and expressed an interest in working with Idol. By this point, the director was one of the most popular auteurs in the music video world, helming clips for many of the era’s biggest artists, including Madonna, Sting, Foreigner, Paula Abdul and Don Henley.

“Tony (Idol’s manager) explained to David that he would have to figure out a way to make it work without having me dance around on crutches,” the rocker recalled. “The next day David called Tony and said he had a concept that would overcome my handicap. Boy was I curious to find out what it was!”

Fincher’s vision would include a narrative based around the song’s theme of age gap sexual tension. A young woman would enter the apartment of her neighbor - an older, buttoned-down businessman - and seduce him while dancing to the song. Idol would appear in large painting frames throughout the apartment. This stylistic decision would allow the singer to be shot exclusively from the waist up, an idea the musician later referred to as “fucking genius.”

In addition to being included on the rocker’s Charmed Life LP, the song was also featured on the soundtrack to the Andrew Dice Clay motion picture The Adventures of Ford Fairlane. Originally, the “Cradle of Love” music video included clips from the film, however this proved problematic to MTV. The network had banned Clay following his raunchy routine at the 1989 Video Music Awards and refused to play the “Cradle of Love” video if the comedian was in it. A new edit solved the problem, as the movie’s clips were replaced with alternate images.

“Cradle of Love”’s music video became one of the most popular clips of early ‘90s. It scored VMA nominations for ‘Best Male Video’ and ‘Best Special Effects,’ and took home the award for ‘Best Video from a Film.’ It also proved to be Idol’s last music video to earn heavy rotation on MTV.

Fincher famously went on to bigger and better things, directing such famous films as Fight Club (1999), The Curious Case of Benjamin Button (2008) and The Social Network (2011), the latter two pictures earning him Academy Award nominations for ‘Best Director.’ The filmmaker's latest project, a biopic about the co-writer of Citizen Kane titled Mank, is tentatively due for release later this year.