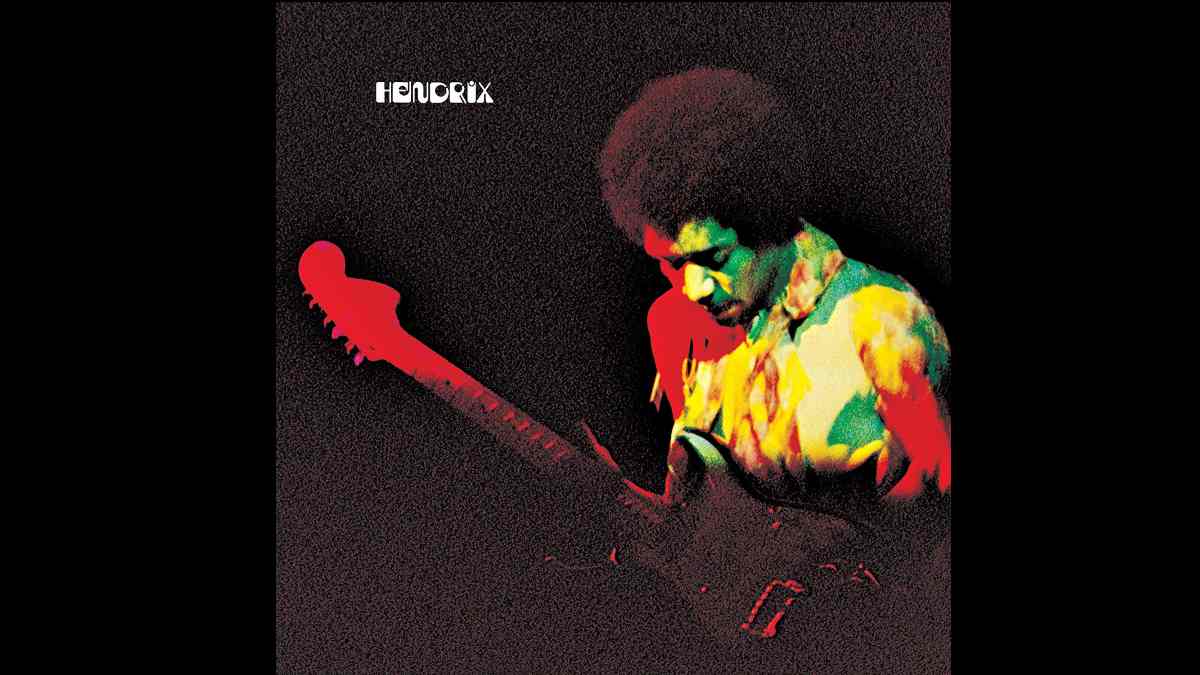 A 50th anniversary edition of Jimi Hendrix's 1970 live album, "Band Of Gypsys", will be issued on vinyl on March 27. Hendrix, bassist Billy Cox and drummer Buddy Miles were captured in their concert debut at the Fillmore East in New York City as part of two-night, four-show event at the legendary venue just six months after the Jimi Hendrix Experience had disbanded.

"Band Of Gypsys" features six then-unreleased songs - including the epic "Machine Gun", "Message To Love" and "Who Knows" - with each documenting Hendrix's decisive shift in musical direction from his previous power trio to laying the groundwork for many of the funk rock experiments that would follow in the decades to come.

"This is more than the commemoration of an anniversary," says Janie Hendrix, President and CEO of Experience Hendrix, "that, of course, is something momentous, but it is also the celebration of a cathartic event in Jimi's life...a sort of changing of the guards. He demonstrated that there was no limit to his musical landscape.

"It was broad and beautiful, and like the leader of a true band of gypsies, Jimi could go anywhere on the spectrum of genres and be at home there musically! This is our way of celebrating that part of Jimi's journey."

Originally released in America on March 25, 1970, "Band Of Gypsys" peaked at No. 5 during a 61-week run on the Billboard album chart; at the time of his death in September 1970, it was Hendrix's bestselling US album since his 1967 debut, "Are You Experienced."

The "Band Of Gypsys" 50th anniversary edition has been mastered from the original analog stereo tapes by longtime Hendrix engineer Eddie Kramer and will be pressed on 180-gram audiophile black vinyl by Quality Record Pressings, along with a limited color pressing on 180-gram translucent cream, red, yellow and green swirl vinyl.

All editions will be packaged with an eight-page booklet filled with rare images from the concerts and an essay by John McDermott, and a 24" x 36" replica of Capitol Records' original promotional Band Of Gypsys poster.