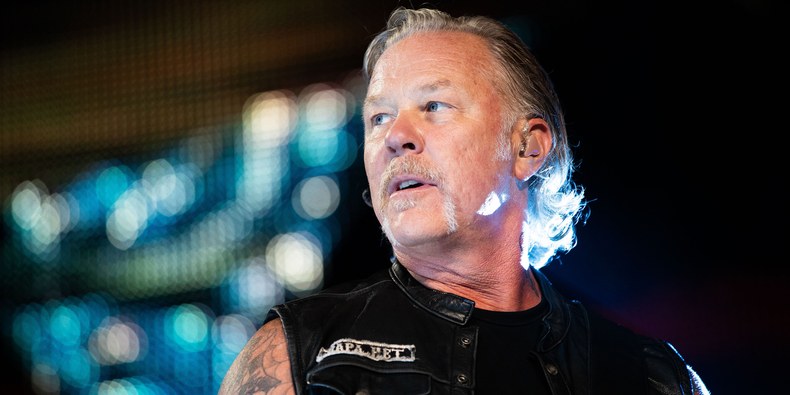 You may recall last summer that Metallica's James Hetfield had agreed to donate ten of his classic custom cars to the Petersen Automotive Museum for an exhibit this year. Now comes word that Hetfield will be appearing at the opening night festivities at the Petersen Automotive Museum in Los Angeles, taking part in a chat and helping to auction two of his ESP guitars.

Hetfield has been largely out of the public eye since last fall when Metallica shut down their touring and the musician announced that he was entering rehab to battle his addictions.

The Jan. 30 ceremony will launch the exhibit, which has been dubbed "Reclaimed Rust: The James Hetfield Collection." Among the vehicles on display are Voodoo Priest, based on a '37 Lincoln Zephyr, a '36 Auburn roadster named Slow Burn, a Delahaye inspired '34 Packard, Aquarius, a '36 Ford in bare metal called Iron Fist, a purple '56 Ford F-100 pickup truck, and three cars by custom fabricator Rick Dore: Black Pearl, a custom 1948 Jaguar, a '52 Olds named Grinch, and Skyscraper, Hetfield's 1953 Buick Skylark.

"'Reclaimed Rust' brings together two industries that go hand in hand with artist expression," said Petersen Automotive Museum executive director Terry L. Karges in a statement. "This is the first time the Hetfield collection will be showcased to the public and we can't wait to share the inspiration behind these extraordinary vehicles with the world."

Learn more about the exhibit and pick up tickets to the opening reception here:

The exhibit is expected to remain on display at the Petersen into October.