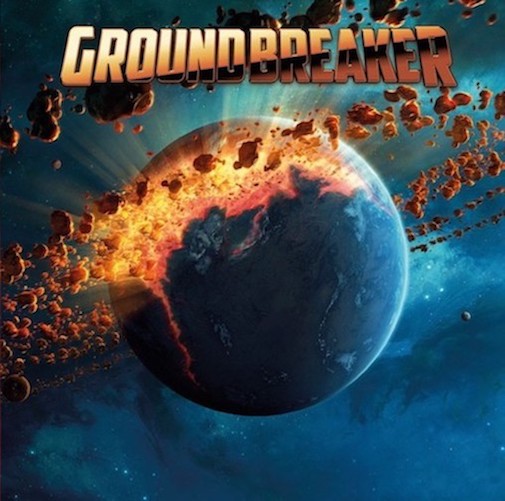 In the universe of good music, FM have been a reference point since the mid-80's and Work Of Art is one of the most relevant names in contemporary AOR. The Grounbreaker project reunites legendary FM vocalist Steve Overland with talented WOA guitarist Robert Säll, the two central elements in their respective bands and synonymous with quality, each in its own right. The announcement of the project generated great expectation, given the names involved and, mainly, the side of AOR that Overland and Säll so well practice in their respective bands, always with abundant quality. And this project that includes them is no exception.

The album has a collection of imposing rockers and is very well built, as you can see in the exciting "Over My Shoulder" and the surrounding "Will It Make You Love Me" and "Eighteen 'til I Die." A point common to all three songs is the chorus, always explosive and sticky, just the way it should be. Already "Only Time Will Tell" deserves attention, but does not have the impact of previous songs. Listen and draw your own conclusions.

In the meantime, "Tonight" comes out as a spectacular mid-pacer with classic sonority and that chorus that chills, while "Standing Up For Love" brings a little more weight - thanks to the guitars on the front line - but without any to the melodic aspect. "Something Worth Fighting For" is the only ballad on the album, with a well-kept arrangement and traditional tempo, as well as a remarkable chorus. In addition, this feature is also present in "The Sound Of A Broken Heart", a rocker, with layers of keyboards surrounded by guitars well distributed in the arrangement.

We still have the brilliant "The First Time", the frantic "The Days Of Our Lives" and the daunting "The Way It Goes", with its pompous keyboards in the foreground and its chorus. Closing the album we have the acoustic version for "Something Worth Fighting For", which highlights Overland's powerful vocals even more, but an unprecedented song would undoubtedly be better.

In short, this debut album from Groundbreaker deserves a lot of praising, for its very well cut, elegant sound. With no exaggeration and performed to perfection, the album is consistent as few and has boasts a very well defined musical direction. Overland and Säll perform their duties with mastery (as always), as well as Nally Påhlsson (bass) and Herman Furin (drums), who parade talent and quality in the band's cuisine. Overall, this album sounds more like Robert Säll on FM than Steve Overland in Work Of Art, but anyway, the quality overflows in cavalry from one of the best contemporary AOR albums of 2018. Without a doubt, this album deserves a place in your collection.