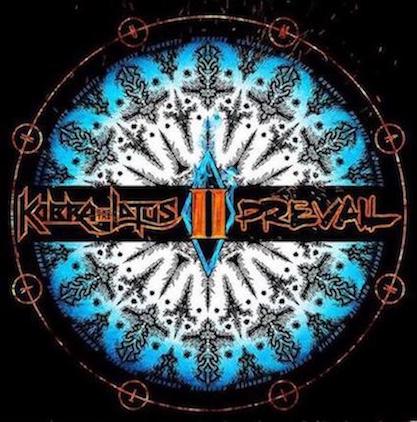 Kobra And The Lotus - Prevail II

Every now and then the sequel is equal to, or in some cases better than, the original.

And it goes without saying that this is always a matter of perspective. Two years ago Canadian heavy rockers Kobra And The Lotus embarked on an ambitious journey to create the band’s first double album set. The result was the release of Prevail I in May of 2017, with the second album to follow shortly thereafter. However, things didn’t pan out the way the band would’ve liked and a year later than expected the next installment Prevail II finally dropped; and it is pound for pound, every bit as impressive as its predecessor and without doubt worth the extended wait.

Upon its release last year Prevail I set a very high benchmark and I couldn’t help but wonder how frontwoman Kobra Paige and co were going to surpass the efforts of the previous venture; then once I heard Prevail II it suddenly fell into place for me. This would turn out to be a well-adjusted blend of metal mayhem coupled with suave melodic undertones.

Drawing from the same play book as last year, the band used various streaming services to showcase glimpses of what was on offer on the new album. The first of these was a lyric video for the opening cut Losing My Humanity; the track leaves the listener in no doubt were the band is going to take us on this disc with a burst of relentless melodic metal. Lyrically the track explores the inner struggles mankind faces to retain its humanity and as a result we end up becoming self-harming and destructive. In a surprising twist the band opted to make available for their second video a cover of the Fleetwood Mac song The Chain. This version gets the full Kobra And The Lotus treatment and it has to be said is beautifully brilliant in its simplicity.

A real strength of the album is several head splitting rockers that take no prisoners in the verses with a flurry of frenzied, unrestrained and unflinching guitars leading into beautifully arranged full bodied melodic chorus’. In this respect cuts like Human Empire, You’re Insane, My Immortal (and no, this isn’t an Evanescence cover) and Let Me Love You all serve as prime examples of keeping the foot to the flood, with lots of grit, raw power and catchy melodies.

To balance out the full steam ahead approach of the previously mentioned tracks, the band has included a number of songs which could also serve as potential promotional singles down the track. Heartache is the first of these radio friendly type tunes and features a nice guitar chugging vibe and toe tapping drum swagger. This is quickly followed by Velvet Roses which is a nice straight ahead heavy rocker, once again building to a nice melodic chorus. A real highlight of the album. And the third is Modern Day Hero which, again, continues on the theme of the previously mentioned tracks and this is a nice little section in the middle of the album before we hit the tail end and the brilliant White Water. This is basically the album’s only ballad and is dynamic and sophisticated. Kobra’s voice is simply outstanding on this cut and her full vocal range is on display.

While I thought the idea of a double album sounded good in essence when it was announced that the band was going to go down this route, I never believed both albums would be this spectacular. Few bands do double albums anymore, the risk is just too great it will fail; but bravo to Kobra And The Lotus for having the balls to have a go. In my opinion they have smashed both records out of the park and maybe more bands need to take note and lift their game.