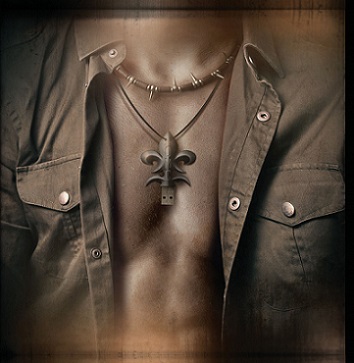 Warning: If you are one of many who in recent times have joined the growing blood sport that has become Geoff Tate bashing, I suggest you stop reading immediately as you will not like what comes next.

The once frontman of Seattle Progressive metallers Queensrÿche has finally put to bed his messy departure and legal issues with his former bandmates of 30 years to finally focus on new musical ventures. Those ventures now manifest themselves in the form of his new ambitious musical project Operation: Mindcrime. But this is not a new band but rather, as Tate himself puts it, a “collection of like minded musicians striving to achieve the same musical goal”. That goal is to create a trilogy of epic musical albums and the first phase of this bold concept has arrived in the form of The Key.

The Key is a musical smorgasbord of various sounds from heavy, edgy guitar riffs to solid, groove laden bass lines to rib cracking drum patterns and the unmistakeable vocal delivery of Tate’s storytelling. In addition Operation: Mindcrime challenges the listener with sophisticated time changes, sound effects and dialogue which help enhance the overall story on the album. Which simply poses this scenario: Imagine you have unearthed the code to the way people view the world and time itself, change the way we travel and the human condition for better or worse, what would you do with it? Add to this a backdrop of international politics, the global economy and social philosophy and you have the making of an intoxicating record.

To explore these theories Tate has aligned himself with an army of top-shelf musicians to bring this project to life. Some are well know to previous Tate outings such as drummer Simon Wright (AC/DC), guitarists Kelly Gray (Queensrÿche) and Scott Moughton (Geoff Tate solo) and keyboardist Randy Gane (Myth). While others like bassists David Ellefson (Megadeth) and John Moyer (Disturbed/Adrenaline Mob), drummer Brian Tichy (Billy Idol/Foreigner/Whitesnake) and vocalist Mark Daly (The Voodoos) are welcomed into the fold.

As I have mentioned previously, the purpose of a single release is to give the buying public a 3-4 minute promo of what the album is about. Re-Inventing The Future was the perfect selection for a first single as this track highlights everything that is exceptional about this album. While it tips its hat in acknowledgement to past Tate/Queensrÿche offerings it also heralds in a new era of dynamic musical prowess. The follow up single, Burn is equally impressive and brings into focus Tate’s trademark phrasing and melodic arrangements. While other cuts such as Life Or Death?, The Stranger and The Fall create an atmosphere of suspense and danger as this intriguing storyline progresses. I now find myself eagerly anticipating what is to unfold on the next album.

It should go without saying but I’ll say it anyway; this is not an album you put on at a party. For that I suggest something like AC/DC’s Rock Or Bust; no people this is an album that deserves your undivided attention. Pour a glass of your favourite wine, sit back in your most comfortable chair, dim the lights and immerse yourself in this new world created by musical mastermind Geoff Tate.