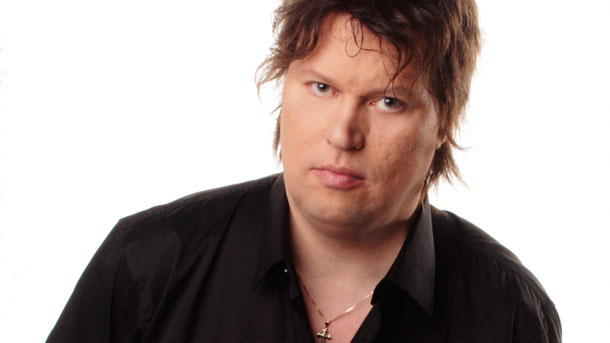 After leaving Stratovarius in 2008, Timo Tolkki has continued to write and record music. His most recent project, Avalon, is a Metal Opera. The ensemble band’s first release, The Land of New Hope is part of a trilogy.

Timo recently answered some questions for Full Throttle Rock about being a musician, his opinions on the current state of the music industry, fame and media attention, and reducing some of the myths associated with bipolar disorder. We also discussed the ill-fated Symfonia project, and the possibility of working with Stratovarius again.

What was the inspiration for the story behind The Land of New Hope?

For the story it was mainly from my own observations of where this world and mankind are heading. I hope I am wrong but it just seemed to be a good idea to do a Trilogy about this subject. I wrote the whole story at one go, chunked it in 3 pieces and The Land of New Hope is actually the end of the story so the first album is kind of last at the same time.

Do you take any inspiration from reading novels, if so who are some of your favourite authors?

These days I really don’t read that much. I never have read novels. Once I tried to read Lord of the Rings when I was 14 but it seemed somehow boring for me. I went through a phase around 1998-2002 when I read over 1000 books about human psychology and behaviour but these days if I read something, it’s probably something to do with music technology.

You’ve worked with some major talent on this album, Michael Kiske, Derek Sherinian, Tony Kakko, Sharon Den Adel, to name a few. Was it difficult to get the collaborations in order, and were there any names that were on your wish list that didn’t make it to the album? – If so, can we expect to hear some of them on the next two instalments?

No it wasn’t difficult at all. I just asked them and everybody said yes. I still think it’s a good album after half a year of the release. In fact, we are starting to track drums for the next part of Avalon with my ex band mate and founder of Stratovarius Tuomo Lassila next week. It’s gonna be cool to work with him after 20 years. His main job is a percussionist in Symphony Orchestra.

Jens Johansson is on The Land Of New Hope. Do you see yourself working with any more of your former band mates in the future?

Well it’s possible. In fact, just last week I got a bit weird email from their management regarding something that sounded quite interesting. I have to give it some thought first before I can talk about it.

What are some of your favourite memories from your time with Stratovarius?

2500 shows, 24 years, 300 written songs, 2 million albums sold and insane amount of work in producing all the albums. I was there all the time cause it was my artistic vision. I was lucky to have good musicians and I think I was right there in the beginning to create this musical format called Power Metal. Lately I have gotten some recognition about that and it feels good because I really worked hard on the music, arrangements and the production. It was 24/7 job really. For me Strato pretty much was dead after 2004, regarding all aspects. Something weird just happened there and there are quite a bit misinformation’s about that in the media and internet but there is nothing I can do to that.

When you were learning music and how to play guitar did you take formal lessons, or are you mostly self-taught?

Well I have perhaps quite radical view regarding this but I don’t think music can be taught. I think you are born with it and then hopefully your parents will nurture this gift in one way or another. I did take some lessons but they sort of force you into some box and I have never felt comfortable being boxed.

After Symfonia disbanded you announced your retirement from the music business, but that you ‘haven’t given up on music altogether.’ Was this due to a disillusionment with the business, or a need to keep music more personal for you?

There is a business side to everything if you want to be a professional musician and earn a living from doing it. A lot of what I said about Symphonia came from the disappointment from the failure of that band due to insane amount of work I put into it. In retrospect, that band had no future. Me and Andre Matos did not get along very well. He is a genius and should pursue his own career and do what he wants to do. I am doing the same. Uli Kusch was a big disappointment and then he quit music altogether and works as a carpenter these days. That’s cool, it’s just not what we agreed to. But like I said, I was blessed to be born with a gift of music and in one form or another, I cannot see myself of not expressing myself in that field.

What’s your opinion of the current state of the music industry? Where do you see things going with the development of downloading music?

It’s THE question and I believe it varies from one music style to another. Metal fans are still buying CD’s. But it is true that there is a major shift taking place right now and it’s gonna get harder and harder to be a professional musician. CD will be obsolete in 10 years I think and vinyl is not the saviour. The quantities are very small. I think we will see more and more music going to streaming services and artists getting paid less and less which might force them to direct interaction with their fans. This is very difficult if you are a starting band. In any case, it seems that it’s gonna go completely to internet and I think it will be all streamed in the end. Unfortunately. This forces anybody from not taking any risks which might contribute to some interesting music being recorded and released and results more to just very formalised and perhaps not so interesting music.

It’s been suggested that creativity is sometimes coupled with mental illness. Do you agree with this? If so, would you trade your creativity for not suffering a bipolar disorder?

It’s a complicated question. What is mental illness and how you define that? Who isn’t mentally ill on this planet? I don’t consider that my illness has anything to do with the music I write because if you are in manic or depressive phase, you are not able to create anything at all. Its bit of a myth as such is the whole illness. It is incurable they say but it is treatable. I would say that having been writing songs since 1982 and been playing guitar for 40 years, I cannot say that the illness has had much impact to my songs. I think the reasons are completely elsewhere.

Having had much of your life scrutinised by the media, what is your opinion on fame?

It also varies from where you are in your career. Back in the 90’s when Visions album really took off, it was easy to think you are a god and master when you heard this every single day and it really feeds your ego. But as the years go, you realize that the only thing that you can really rely on and from what everything depends on, is your musical talent. You either have it or you don’t have it. That’s how I see it anyway. Fame means nothing to me, it is a hype, an entity that doesn’t really exist. It’s an illusion created by the media and is been fed by ego hungry musicians. But I see nothing wrong with it. It’s part of the game I guess.

Thank you very much for taking the time to answer these questions and for the years of awesome music.

You are welcome Dave. I would use the opportunity to invite everybody to www.avalonopera.com to see the process of the album making of Avalon 2 in almost real time with video blogs and all kinds of interesting stuff.