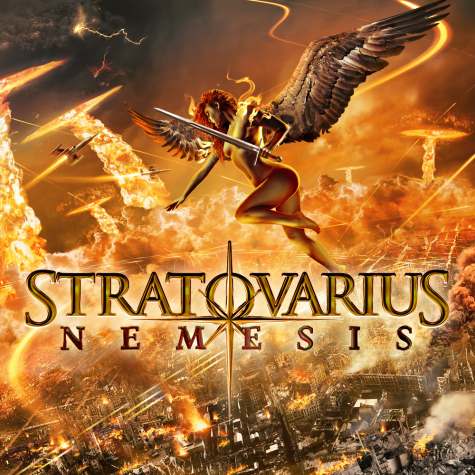 Back in 2004 tensions were rising within the world of Stratovarius, dividing the members into two camps. With the release of their self-titled album in 2005 the band’s issues became evident to fans. The album was a drastic change of style with the absence of such traits as long songs with neo-classical symphonic arrangements and harmonised soloing between guitar and keyboard. It came with much dismay, but little surprise to many fans when guitarist TimoTolkki announced in early 2008 that they were disbanding.

A few months later Tolkki signed the rights of the band name over to vocalist Timo Kotipelto, keyboardist Jens Johansson and drummer Jörg Michael, so they could continue without him. Although not a founding member, Tolkki had been present on all the band’s recorded albums till that point. His departure left Kotipelto and Johansson as the longest reigning members, having joined in 1994 and 1996 respectively. With such chaotic line-up changes it raises the question – Is the version we have today in 2013 still Stratovaius? Well Kotipelto, Johansson and Michael had been in the band for a decade or more before Tolkki’s departure. This period being the band’s most prolific time with the creation of seven Power-Metal masterpieces that brought Stratovarius to the attention of the metal world. While the line ups have changed, the spirit has prevailed throughout.

The new beginning started in 2009 with the release of Polaris, an instant success in their homeland – Finland. A return to form helped by new guitarist Matias Kupiainen, whose guitar work both complements and challenges Johansson’s keys. The 2011 follow up, Elysium continued this new found momentum and now the new release Nemesis further cements the band’s new life.

The fittingly titled opening track, Abandon, kicks the album off with a sense of taking no prisoners. The most stand out track is Unbreakable, from the riffs and lyrics to the performances and arrangements it’s quickly become a favourite of mine. Stand My Ground, provides the music every warrior needs when approaching unbeatable odds and proudly flies the flag of Power-Metal. My only gripe with the album would be Halcyon Day. It’s a great song but the underlying soundscape is just a little too electronic for my liking. I felt like the metal horns held in the air were being replaced by glow-sticks. Luckily Fantasy redeems the album, containing an infectious melody and the type of uplifting, positive lyrics synonymous with traditional power metal. Out Of The Fog takes us back to the battlefields and at almost 7 minutes it’s the epic track of the album with some impressive guitar shred fills and an extended instrumental section showcasing some empowered playing from the band.

A key member is no longer involved but a band is the sum of its members, not just the work of one man. What is true to this album is the spirit of Stratovarius is indeed strong. Portrayed none more clearly that in the lyrics of Unbreakable – "We are stronger than ever, always together, forevermore".