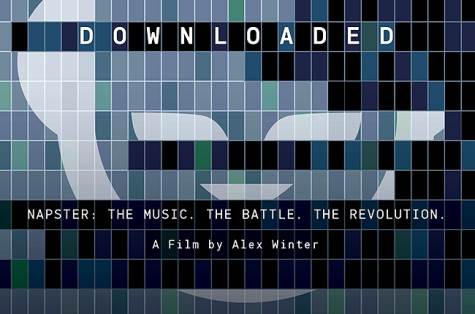 According to Billboard.com, METALLICA drummer Lars Ulrich's July 2000 appearance before a Senate Judiciary Committee in which he accused Napster — the file-sharing app that flipped the music world upside-down — of "hijacking" his band's music by making it available for anyone to download for free is featured in the new documentary "Downloaded". The film, which chronicles Napster's rise and fall, will be available on Monday (July 1) on VOD, including iTunes. It's also receiving a limited theatrical release.

A trailer for the film can be seen below.

Back in 2000, METALLICA launched legal action against Napster, claiming that the pioneering music file-sharing service was illegally allowing users to download METALLICA tracks without paying royalties to the band. Although the case was settled out of court, 300,000 users were banned from Napster as a result and METALLICA's image took a tremendous beating in the eyes of music fans.

Ulrich, who was the main spokesperson for METALLICA in the Napster battle, later admitted that he wished he had dealt with the situation differently.

"Our manager told us that our [unreleased] song was playing on the radio," Ulrich said, recalling the time he first heard about Napster. "I told him 'Maybe we should go over there and...'." He punched his hand three times with his fist.

"It was never about money, it was about control," Ulrich said. "It was about being in your bubble and controlling the access. If Napster had approached us first and given us options, it might have been a little different. Instead, control was taken away from us. It turned into, 'If you fuck with us, we'll fuck with you.' … Instead of Napster versus METALLICA, it became METALLICA versus its fans."