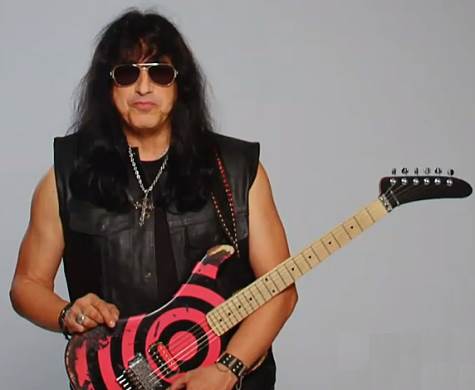 TWISTED SISTER guitarist Eddie Ojeda will appear in the upcoming movie "Skate God" as well as on the accompanying soundtrack. The "dark, dystopian, apocalyptic action film" stars Carter Jenkins ("Valentine's Day"), Esti Ginzburg ("Twelve"), Evan Ross ("Jeff Who Lives At Home"), Nathan Gamble ("The Mist"), Gabriela Lopez ("Teen Spirit") and Brian Ho ("The Mummy Tomb of The Dragon Emperor"). The story centers around a skateboarder off in a dystopian world who discovers he is the descendant of a Greek God, and is thrust into a battle with an esoteric society that wants to unleash hell on earth. Ojeda will have a cameo in the film as "The Guitarist," and will write an original song for the movie's soundtrack.

Directed by Stephen Sobisky (Dreamworks, Paralight Films) from a screenplay written by scribe Alexander Garcia, a former professional skateboarder, "Skate God" is being produced by Multi-Valence Productions, Impact Motion Pictures and Paralight Films. It is slated to go into production this fall.