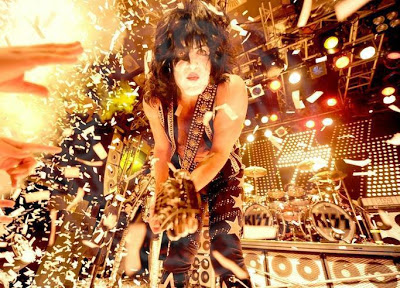 KISS have released a lyric video for “Right Here Right Now,” a track from the band’s latest album, “Monster.”

Last weekend, the classic rockers wrapped up a series of European concert dates where they unveiled a new spider stage, which was revealed at the tour’s opening date in Stockholm – watch video here.

The main feature of the new design is the spider, which brings the band to center stage at the opening of the show.

KISS will launch an extensive Canadian tour on July 5 in Victoria, BC.