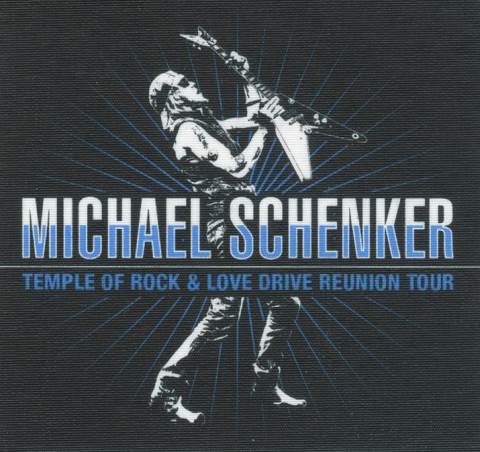 Brazil's Wikimetal podcast recently conducted an interview with legendary guitarist Michael Schenker. You can now listen to the chat using the SoundCloud player below.

Michael Schenker performed a brand new song, "Horizons", from his forthcoming album, "Bridge The Gap", on May 8 at Essigfabrik in Cologne, Germany. Backing Schenker at the show, and the rest of "Temple Of Rock - Lovedrive Reunion Tour 2013", were fellow former SCORPIONS members Herman Rarebell (drums) and Francis Buchholz (bass), along with singer Doogie White (RAINBOW, YNGWIE MALMSTEEN) and keyboardist Wayne Findlay. Fan-filmed video footage of the performance can be seen below.

Regarding the songwriting process for "Bridge The Gap", Schenker told Metal Forces in January, "When I'm writing, of course, I have Doogie in my head because I know he's gonna be doing the vocals. He's a more metal singer, and so automatically it will be more metal. It will be more on the level of 'Before The Devil Knows You're Dead' [from 2011's 'Temple Of Rock'] of course, because that's Doogie singing there. Doogie has more of a heavy metal voice. Automatically, when I've been writing this time I've been writing with Doogie in my head, but I have a very good concept usually. When I wrote 'Temple Of Rock', I didn't know what I was doing in the beginning. I just started and went for it, but this time I have a concept. I already know that the title of the album is gonna be 'Bridge The Gap', and so this time I have a blueprint in my head, like a map that I see. I can see that it's a concept I have, and so I have a very clear direction of what I'm doing."

Michael Schenker's "Temple Of Rock: Live In Europe" was released on CD, DVD, Blu-ray and as a limited deluxe edition containing all three formats on December 3, 2012 in Europe and was made available on January 15, 2013 in North America via Inakustik. This essential live rock'n'roll release includes songs performed live in Tilburg, The Netherlands in May 2012, and at London's High Voltage festival in 2011.

Listen to the interview here: