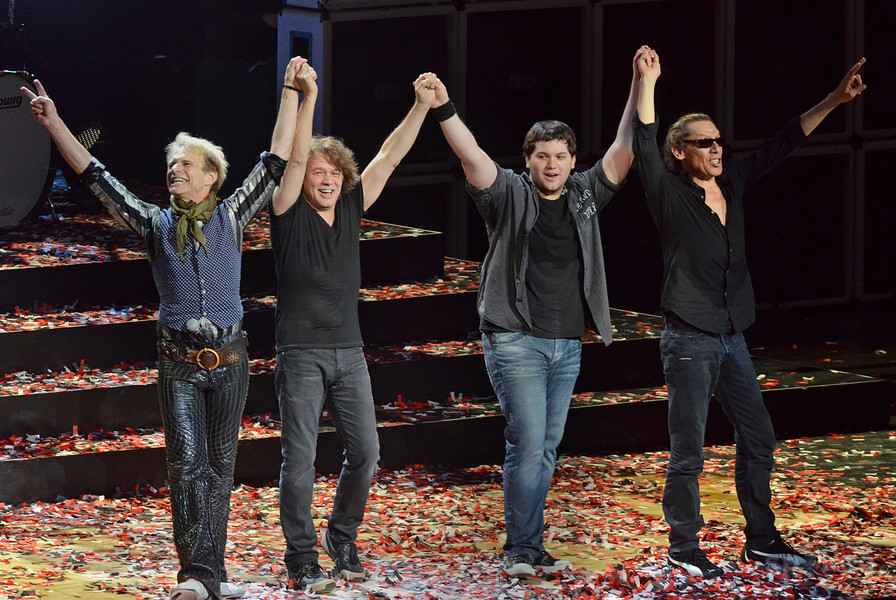 Fan-filmed video footage of VAN HALEN's entire June 21 concert at the Tokyo Dome in Japan can be seen below.

The band's setlist was as follows:

07. Somebody Get Me a Doctor

13. Dance the Night Away

VAN HALEN had not been seen on a stage since last spring, but along with a handful of Japanese dates and the Australian gig, the band recently confirmed its first U.S. show of 2013. The Van Halen clan and singer David Lee Roth will close out the annual Rock USA festival, scheduled for July 17 through July 20 in Oshkosh, Wisconsin.

Roth recently gave an interview to Rolling Stone in which he expressed his desire to work on fresh material with Eddie Van Halen and tour outside the U.S., saying, "We have an audience and we have a potential future in many, many places . . . I don't know where the VAN HALEN future lies aside from the States."