Black Sabbath score first US No. 1 album with 13 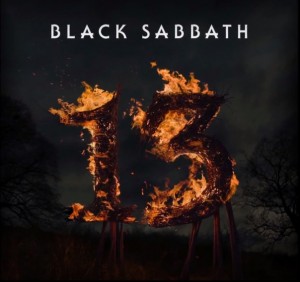 Black Sabbath have scored the first US No. 1 album in their career with “13.”

Billboard reports the record debuts at the top of the Billboard 200 with opening week sales of 155,000 copies, according to Nielsen SoundScan.

Black Sabbath have previously only reached the US top 10 once, when 1971’s “Master Of Reality” peaked at No. 8.

Over the past week, “13” has also debuted at No. 1 in Canada, Denmark, Germany, New Zealand, Switzerland, and the UK.

Sabbath members each posted their reaction to the news…

"I thought making number 1 in the UK was amazing, now we've had our first US number 1 as well!,” says guitarist Tony Iommi. “Not only that but it's made number 1 in a stack of other countries, Canada, Germany and so on, again thank you so much."

"There have been so many amazing highlights in our long career,” says Ozzy Osbourne. “Thank you to all of our fans for their support and loyalty.”

"I’m absolutely stunned,” says Geezer Butler. “Thank you all world wide for being the best, and most patient, fans ever."

Black Sabbath will launch a US tour in Houston on July 25.