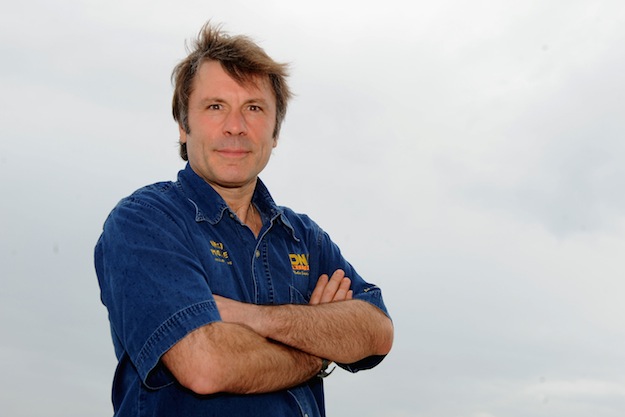 Iron Maiden frontman Bruce Dickinson‘s love for flying is well-known, as he’s piloted the band’s Flight 666 plane on tours around the world. He’s also the CEO of the airline supply and maintenance company Cardiff Aviation Limited. In addition, Dickinson is involved in the charity Flying Scholarships for Disabled People (FSDP).

The group helps disabled people learn to fly, and has awarded nearly 400 flying scholarships since 1983. On Saturday, Dickinson met with three recent graduates of the program.

In an interview with the Leicester Mercury, Dickinson talked about his involvement with FSDP. “It’s not just about teaching people with disabilities to fly, it’s much more than that. It’s about creating friendships, and there’s a whole community around it and support system that comes with people encouraging each other. It’s something I’m very proud to be involved in.”

Later that night, Dickinson and the rest of Iron Maiden played the Download Festival, 25 years after first playing at Castle Donington in 1988 when the festival was called Monsters of Rock. The 90,000 fans at Download were treated to a flyover by a Spitfire fighter jet as Maiden took the stage.

Iron Maiden are tireless road warriors, with a European tour this summer along with a handful of U.S. and South American dates in the fall.