The Cult's debt to AC/DC 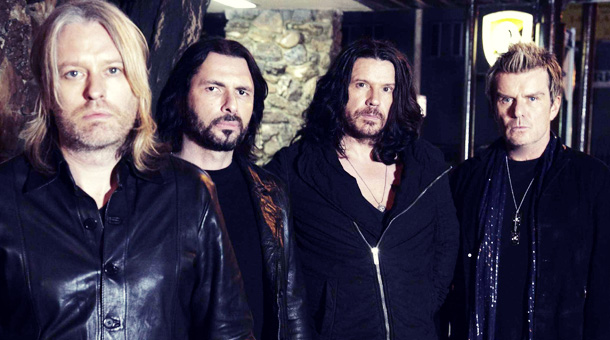 They’re gearing up for a UK tour where they’ll deliver the 1987 record in full.

And Duffy says its success is down to his experience of seeing Bon Scott and the Young Brothers in Manchester in 1977.

He tells Guitar International: “It was a very honest record. It was the soundtrack of what we were doing at the time – just having fun going round the world.

“It owes a great debt to AC/DC. I’ve always been into them. I saw them with Bon Scott in Manchester and I was actually able to hit Angus’ guitar with my hand while Bon carried him through the auditorium.

“It’s no bull****. The Electric album tapped into that honest groove and simplicity.”

Duffy admits timing was important too, with Guns n’Roses releasing their debut album around the same time and, as a result, their being great interest in stripped-down approaches to rock music.

“We could never make that record again,” he reflects. “We’re not living that lifestyle. Led Zeppelin could never make their first album again; nobody can. You evolve and become a different person – but it’s great to honour that now.”

Cult frontman Ian Astbury recently explained of the decision to play the album: “Our life blood has always been playing live. We are between albums and decided to continue the momentum created by Choice Of Weapon, and stay in people’s hearts and minds.

“Performing the Electric album, an event that has been demanded by our fans and followers, is the perfect live set to play in 2013.”